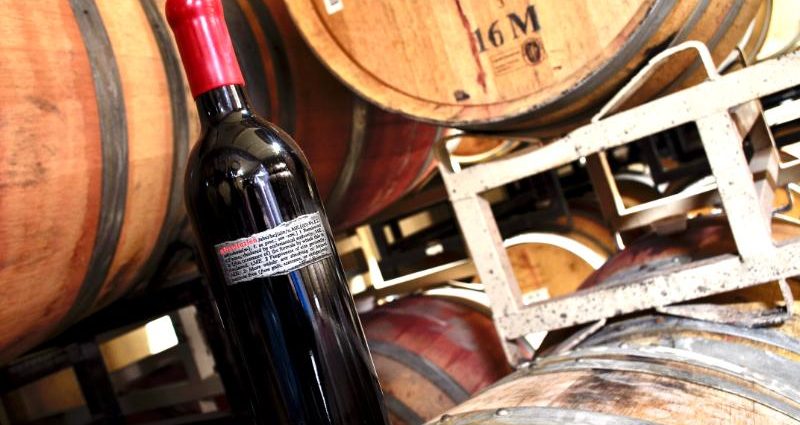 It strives to use grapes grown in the Land of Enchantment to create its award-winning wines. The Ruidoso winery was recently recognized with prestigious accolades for several of its vinos. At the 2020 San Francisco Chronicle Wine Competition, it received three silver medals for its 2017 Vintner’s Reserve Cabernet Sauvignon, 2018 Vintner’s Reserve Chardonnay and its 2017 Tighty Whitey White. It took bronze for its 2018 Wine Maker’s Select Merlot and 2017 Pinot Noir.

“You know, this year actually was the year across the board for us that we entered a lot of wines that we’ve never had awards before with,” said Jasper Riddle, Noisy Water Winery owner and winemaker. “We entered some wines that, you know, we’d never been medaled with or that maybe we’ve never produced before, just to see how they would do. So it was definitely an experimental year for us.”

“I love what our Absolution did and some of our reserves did, because it showed that these reserve wines that we’re putting out are doing well,” Riddle said. “… We are medaling with some of our best sellers that we have for years, but we’re also medaling with things that have never medaled before, never even been bottled before. Some of these wines were first-vintage wines for us. So it just shows, to me I think, that the fruit quality is so phenomenal coming out of the state of New Mexico and then that the winemaking is showing to be extremely good as well too. So it always makes me feel good anytime we win medals in these categories we hadn’t won before or with a wine that has never been submitted before. And we saw a lot of that in 2020 the competitions across the board.”

It is the first time the 2017 Absolution and the 2019 Skin-Fermented Chardonnay have been entered in a competition. The 2019 Skin-Fermented Chardonnay was Noisy Water’s first release using grapes grown at its vineyard in Engle, New Mexico. Absolution is a cabernet-dominant blend that is aged three years in French oak. It is a limited release, and the winery makes about 300 cases every three years.

“Absolution is going to be grapes from follow Paolo D’Andrea’s (New Mexico Vineyards) in Deming,” Riddle said. “So, you know, 100% New Mexico grapes in the bottle is something we pride ourselves on. But yeah, the Absolution was a big one for us, and then and then the Skin-Fermented Chardonnay was cool because that was my first time as a winemaker ever making a skin-fermented white wine.”

Proceeds from Noisy Water’s Tighty Whitey benefit a charity in Lincoln County each year. The charity wine is made from 100% estate-grown fruit from the winery’s vineyard in Engle.

“We create scholarships for local high school kids in our community with the proceeds from that wine,” Riddle said. “… Our charity of the year is High Mountain Youth Project. So additional proceeds will go to High Mountain Youth, which is a group that helps teens and kids that need help with, you know, anything from their laundry to textbooks, to schooling to a safe space for the homeless kid and teen population in the area.”

Noisy Water’s award winning wines are available at its original location in Ruidoso as well as at its tasting rooms in Cloudcroft, Red River and Santa Fe. Some of its offerings can also be found at Albuquerque-area retailers, including Jubilation Wine & Spirits, Whole Foods, Smith’s, Kelly Liquors and Costco. For online orders and information, visit noisywaterwinery.com.

2020-12-18
Previous Post: The Invisible People – Tangier
Next Post: Child sex trafficking: It’s probably not what you think it is