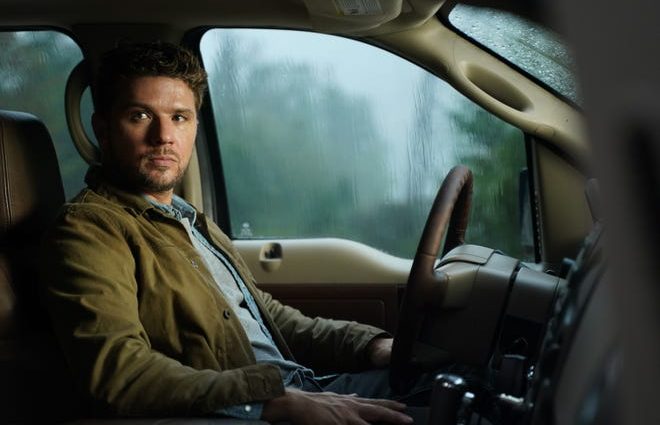 ABC’s only new fall drama, “Big Sky,” launched with a bang Tuesday, leaving one of its main characters with a bullet in their head.

Based on C.J. Box’s 2013 novel “The Highway,” the thriller (Tuesdays, 10 EST/PST) marks the network TV return of “The Practice” and “Ally McBeal” creator David E. Kelley, who’s also behind HBO’s “Big Little Lies” and “The Undoing.”

Who’s the Boss?:WWE star Sasha Banks on teaming with Baby Yoda in ‘The Mandalorian’

But the investigation takes a grisly turn when Cody asks state trooper Rick Legarski (John Carroll Lynch) for help probing a group of local truckers about a possible sex-trafficking ring. In the episode’s startling final moments, the usually chipper Rick whips out a gun and shoots Cody dead in his truck before the credits roll.

“Oh, boy, I’m in for it. I’m going to get backlash from my fans,” Phillippe says with a laugh. On social media, “they’re all excited in the comments thinking I have a new show, like, ‘My guy is back on TV! I can’t wait!’ But how often are you really shocked to the point where your jaw drops? I hope that happens here.”

Due to upcoming film projects, Phillippe, 46, was unable to commit to a potential full season of TV, which made Cody’s early exit more appealing to him. Plus, he liked the idea of playing with viewers’ expectations.

“It’s a very bold thing to have one of the lead actors, who’s heavily featured in the marketing, go out in the first episode,” says Phillippe, who last starred on TV in USA’s “Shooter,” from 2016-18. “It sets the bar for the danger that lurks within the show and the fact that no one is safe. That’s going to create even more tension and commitment from the audience to lean in and really focus on what’s happening.”

Executive producer Paul McGuigan, who also directed the episode, says there was no pushback from ABC about killing the show’s biggest star.

“The network was really interested in doing that,” McGuigan says. “They thought it was a great twist to the story and a great opening. It keeps the audience on their toes and gives a sense of jeopardy to the whole series. And there’s going to be other surprises you won’t be expecting. We want people to enjoy the roller coaster ride.”

Cody’s death will have ripple effects not only on the investigation, but on his family and colleagues. Early in the premiere, Jenny learns that Cody started seeing Cassie while they were separated. The two women will now be forced to set aside their personal baggage as they search for Cody and the missing teens.

“Every great buddy movie you’ve ever seen always starts from that point of friction,” McGuigan says. “They have to earn each others’ respect and have each others’ backs, because they’ll find themselves in danger (as the season goes on).”

Upcoming episodes will also explore Rick’s villainous side and his criminal connection with Ronald, who may have compromised their sex-trafficking operation by kidnapping two sibling girls whose family is looking for them.

Because of his fractured marriage, Rick “feels very much like a loner, as Ronald does,” McGuigan says. “And they both feel like they’re doing the right thing. It’s a warped sense of the world, but Rick feels like he’s giving these disenfranchised young women a purpose by selling them (to people) in Canada or wherever.”

And despite his untimely demise, Phillippe teases that Cody will return in flashbacks throughout the 10-episode first season.

“Cody is recently clean and sober, so when Jenny and Cassie can’t get ahold of him, they’re worried he fell off the wagon – that he’s in a gutter somewhere and crashed his car,” Phillippe says. Plus, “the murder is pretty well covered up, so it’s going to take them a little while to find out. And then, over a few of the episodes, you get a glimpse into what my character’s relationship with Cassie was like and where that was beginning to go. You get a glimpse into the family life between Jenny and our son (Gage Marsh). So my presence will remain in some degree.”