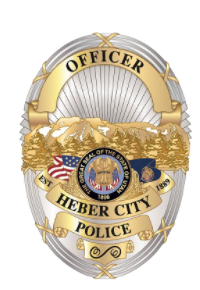 Heber City Detective Sargent Tammy Thacker says the head of the Wasatch Back Major Crimes Unit received information about a group of people in Heber who were selling sex. They arrested seven people on November 17. There were no kidnapping charges, and no minors were involved.

“So, the Wasatch Back Major Crimes Task Force is the Heber City police as well as Park City police. It is a joint task force to prevent and investigate the major crimes such as human trafficking, drugs, weapons offenses.”

Thacker doesn’t know how many of those arrested are residents of Wasatch County, but confirmed that some of the seven are from Heber City.

“We able to put together a secure task force with the attorney general’s office to proactively, I guess if you will, send the message that we don’t encourage this, nor will we support it,and if you come to Wasatch County or Heber City to participate in these types of things that we’ll do what we can to arrest you.”

Thacker says the seven arrested include those trafficking sex and as well as those soliciting sex. They don’t know if the arrest represents a stand-alone human trafficking and sexual exploitation case. The investigation is continuing.

“But anytime you have somebody that is arranging to conduct some type of sexual relations with somebody and making those arrangements, we’re finding statistics show that there usually is somebody behind that that is pushing that or making them do something like that.”

Thacker says this kind of crime is everywhere and no community is immune. She says the community can help by reporting suspicious behavior.

Heber City recently recognized Kneaders Restaurant with their Busted Award. An observant employee called police concerned with possible human trafficking. It turned out to be a domestic violence situation, and police were able to help the victim.