‘Sex Trafficking Is Happening All Around Us Every Day,’ Dr. Phil Warns 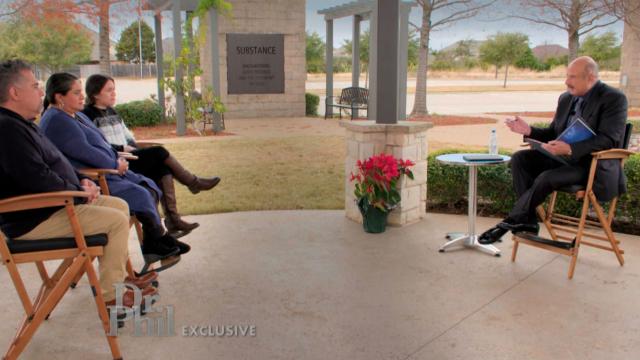 Crystal and Henry say that they believe their 17-year-old daughter, Zephi Trevino, is the victim of sex trafficking. Zephi, who is accused of capital murder and aggravated robbery after being in an apartment where two men were shot, and one was killed, claims she was being sex trafficked by the man who pulled the trigger. His attorney denies that his client is a sex trafficker and claims that Zephi and his client were in a consensual boyfriend-girlfriend relationship, and that Zephi planned the robbery. TELL DR. PHIL YOUR STORY: Are you involved in a story making headlines? “Sex trafficking is happening all around us every day,” Dr. Phil says to the family. Dr. Phil shares more about how sex trafficking infiltrates society in the video above. WATCH: 17-Year-Old Zephi Trevino Speaks Out For First Time About Charges Against Her: ‘It’s Gut-Wrenching’ On Monday’s episode, Zephi and her parents speak out about the case in an exclusive interview. Watch more here.

2021-01-05
Previous Post: Would My Best Friend Notice If I Was Homeless.. (Roblox Experiment)
Next Post: Warming center offers hope for the homeless in Strafford County | Social Issues