Sex trafficking of of Romanian women to UK at ‘industrial scale’ 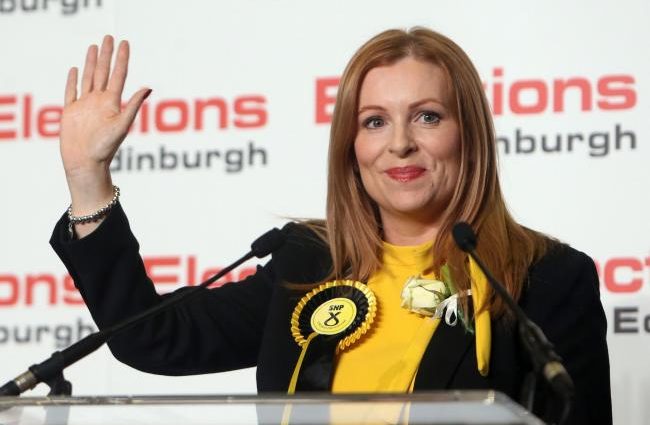 THE trafficking of Romanian women into the UK sex trade has reached an “industrial scale”, it is claimed.

Scottish Community Safety Minister Ash Denham will next week share a platform with Romanian experts and activists in a bid to tackle the sexual exploitation of trafficked women by men in the UK.

Monday’s summit, convened by equality group UK Feminista, will also include Labour MP Diana Johnson, who chairs Westminster’s All-Party Parliamentary Group on Commercial Sexual Exploitation, and experts and campaigners from agencies in the UK and Romania.

Sex trafficking is the most common form of human trafficking in the European Union, with 95% of the victims female. Trafficking for sexual exploitation is also believed to be the most profitable form of modern slavery, with each victim generating almost 10 times the profits for their exploiter than the average level, according to research.

Last month 24 people were arrested in the UK and Romania in a Police Scotland-led operation. Dawn raids were carried out at four addresses in Aberdeen and Glasgow, with seven suspected gang members arrested in Scotland.

Weapons, luxury cars and cash were seized in the operation, which was from the Scottish Crime Campus in Gartcosh, and it is believed that sexual services from the female victims were advertised online, with the proceeds taken by the gang.

At the time, Romanian authorities said the women had lived in poverty and were tricked with promises of a better life. Experts there fear the pandemic will see cases rise.

While it is legal to pay for sex in Scotland, England and Wales, this was criminalised in Northern Ireland five years ago.

Denham said: “Any form of human trafficking or exploitation is abhorrent. That is why Scotland’s 2015 Human Trafficking Act introduced new offences and additional powers to allow police and prosecutors to bring traffickers to justice as well as strengthening protections for survivors.

“We have increased funding to support female victims of trafficking for the purposes of commercial sexual exploitation, working with key partners such as the Trafficking Awareness Raising Alliance.

“However, there is so much more to be done and ultimately we must also look at those who create a demand for prostitution – the buyers.”

Johnson commented: “The industrial-scale sexual exploitation of Romanian women by UK men is a national scandal.

“Most men do not pay for sex, but the minority who do are fuelling a brutal sex trafficking trade that destroys lives. ”