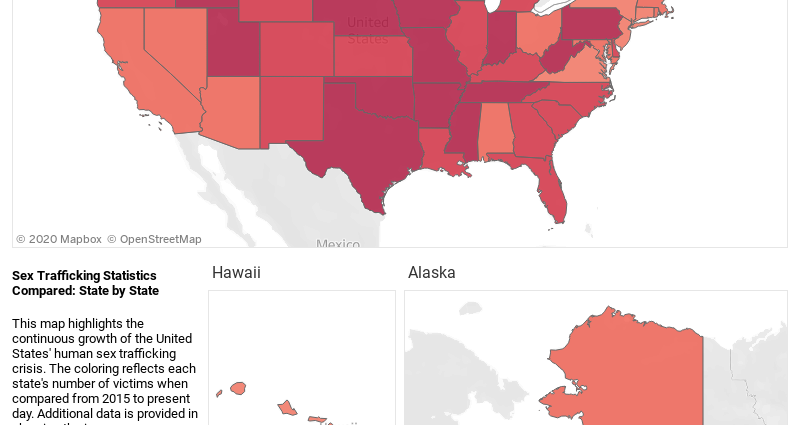 Americans are preyed upon by Americans. . . and it’s not just happening overseas.

Being forced into the sex trade has shown what the harsh realities are for a child or an adult to endure sexual, physical and mental abuse.

With cases increasing in the states and globally, the problem is under-recognized as the International Labor Organization estimates 25 million victims are living in conditions of modern slavery.

Statistics show the United States has more than 400,000 persons being forced into labor and sex.

More than 70% of trafficking cases involve women and girls and close to 90% of these victims are trafficked into the sex industry, according to Fortune.

Trafficking is the exploitation of an individual. No racial or ethnic group is excluded.

Anyone can be a victim of human trafficking. However, the most vulnerable persons in the United States are those from politically and geographically unstable and economically disadvantaged areas.

Organized crime, individuals or both have had the ability to evade law enforcement and been able to gain profit from the illegal activity of abducting, selling, and distributing persons against their will.

Combating sex trafficking in the states takes more than just knowing the numbers.

It’s about protecting others and creating a justice that can hinder those who could potentially be subjected to this kind of violence.