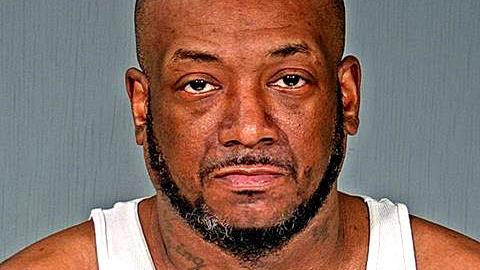 The women testified that they particularly hated that and some had it removed at their expense after his arrest in early 2018.

A women who cooperated with law enforcement, said Wednesday, that she “wasn’t the first woman (Childs) ruined but, “I made damn sure I was the last.”

Childs pleaded guilty in October 2019 to one count of sex trafficking by force or coercion and has remained in custody in Dodge, Waukesha and Kenosha county jails since.

Childs case shows that prostitution and pimps isn’t just an urban problem but a concern across the state.

While Milwaukee is a well-known “training ground for pimps. The Harvard of pimp school. Milwaukee pimps take what they learned there and expand it to other cities. This must stop,” Lounsberry wrote.

Childs’ attorney, Daniel Sanders, said his client didn’t act alone in committing crimes and the club owners, bouncers and customers should be considered “co-conspirators” as they all contributed.

Childs said he didn’t intend to hurt any of the women and hoped they receive the help they need.

Pepper called that “a non-apology, apology.” She also said that the club owners didn’t coerce the women into committing commercial sex acts and there was no evidence that they knew that Childs was.