Sex Trafficking Takes Place in Umbrella Hotel, Prompts Officials to Call for its Shutdown Yet Again 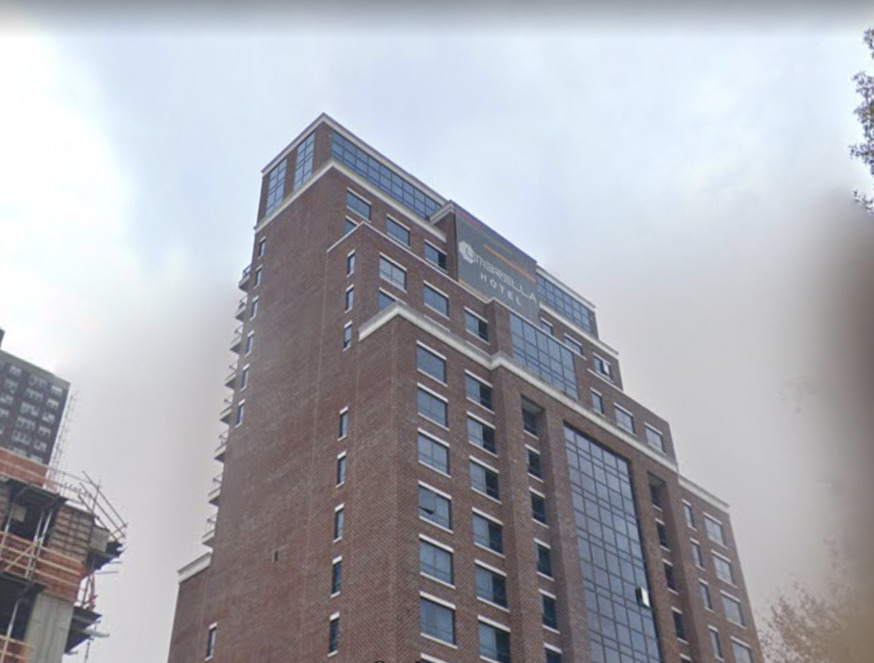 Local lawmakers are again calling on the city to shut down a crime-ridden hotel in Kew Gardens after it was discovered that a man was forcing a 16-year-old girl into prostitution inside its hotel rooms.

Council Member Karen Koslowitz and a representative from Assembly Member Daniel Rosenthal’s office denounced the Umbrella Hotel, located at 124-18 Queens Blvd., during a Community Board 6 meeting Wednesday night. They called yet again for the city to completely shut it down, noting the sex trafficking that took place inside its hotel rooms.

The hotel was the scene of a child sex trafficking scheme in September in which 30-year-old Jordan Adderley forced a 16-year-old to have sex with strangers for money, which he pocketed, according to a criminal complaint. Adderley, who was arrested on Oct. 1 on slew of charges, allegedly threatened to kill the young teen if she didn’t comply.

The Umbrella Hotel and the recent trafficking arrest was brought up by Koslowitz at the Community Board meeting.

She told the board members that she and other local lawmakers have been repeatedly trying to address the growth of crimes at the hotel, but City Hall has been “unresponsive.”

“It’s a dangerous situation,” Koslowitz said. “I want to see the hotel closed.”

Ricky Malone, Assembly Member Rosenthal’s director of operations, also joined the meeting to give an update on the troublesome hotel.

He said they met with members of the Mayor’s Office via Zoom last week with hopes of some solutions, but were left disappointed.

“Unfortunately they really came unprepared and didn’t know much about the situation,” Malone said. “Their performance was really nothing short of disappointing to the sensitivity and the urgency, considering the recent stories of child trafficking, gunshots and whatnot.”

Malone said Rosenthal, Koslowitz, Assembly Member Andrew Hevesi and Sen. Leroy Comrie are all working together to come up with possible solutions to the issues at the hotel in the meantime.

The hotel was also the scene of two shootings over the summer.