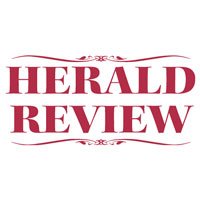 JEFFERSONVILLE, Ind. (AP) — On Monday afternoon, Candace Montgomery’s four daughters burst into the new apartment their mother moved into a week ago. It’s a place she hopes they’ll all soon call home.

The girls quickly found their bedrooms and Alexis, 9, and Bella, 7, immediately started making plans for how to arrange their new space. Three-year-old Nova busied herself with a toy shopping cart and baby dolls, as 2-year-old Raelyn ran through the apartment excitedly, stopping to get scooped up for hugs and kisses by her mother.

“Everyone falls in love with them,” Montgomery said of her children. “They’re so lovable, they’re smart.”

The mother talked of her oldest, who’s into basketball, her 7-year old, who’s interested in gymnastics and dance.

The new apartment is part of a series of steps Montgomery has taken to make a better life for herself and her children, and she’s emerging as a stronger person after learning from the struggles she’s faced over the past year. And, the mother hopes that she’ll soon be able to get her kids, who have been staying with other family, back into her life on a daily basis.

At the start of the year, Montgomery and her children had been living with another family member after a domestic situation with their father last October. In March, Montgomery was arrested for battery against an adult and spent a week in jail.

“When I got out, I was homeless basically,” she said. “I was living place to place.”

That was a different time though, and in the past several months, Montgomery has done a complete 180. Through the support of staff at New Hope Services Inc., she’s learned how to make lasting improvements in her life.

“From October to now has been a struggle,” she said. “I’ve had to learn a lot of patience. There’s been times I just like, you know what, I give up. It’s been a struggle to get where I am right now.”

But now she’s employed. New Hope helped her apply for Section 8 and she was quickly approved. Last Monday, she moved into the place she can call her own.

Montgomery meets with a counselor there weekly, and the two have been talking about things such as improving patience, channeling frustration in constructive ways and developing motivation.

“And trying to keep my head up, trying not to give up,” she said. “But it’s been a struggle.”

Trish Kite-Hannon, program manager of Family Support Services at New Hope, said Montgomery should be proud of how far she has come.

“She is 100% an independent woman now — which is amazing — she is employed, she has an apartment, all things that weren’t there a couple of months ago,” Kite-Hannon said. “She is truly night and day from where she was. We’ve said it but I don’t think she sees how far she’s come and is not giving herself enough credit.

“It’s hard to pat yourself on the back, it really is.”

Susan Davenport, the children’s grandmother, said she knows about the obstacles Montgomery has overcome over the past year and couldn’t be prouder.

“Candace has gone from ground zero to ground 10,” Davenport said. “She pushes hard and she wants her kids back and she’s doing whatever she needs to do to do it.”

Montgomery said when she looks back over the past few months, she sees a place she never wants to be again.

But although she’s made great strides this year including getting a new home, Montgomery could use some help in filling that home with everything a family needs. Right now she has just a little furniture and toys for the girls — a lot of her possessions were lost when she was unable to pay for their storage after her arrest.

“She has a place and there’s nothing in it,” Kite-Hannon said.

Montgomery’s goals moving forward are to keep working, get her children back into her home and just “start over, start fresh,” she said.