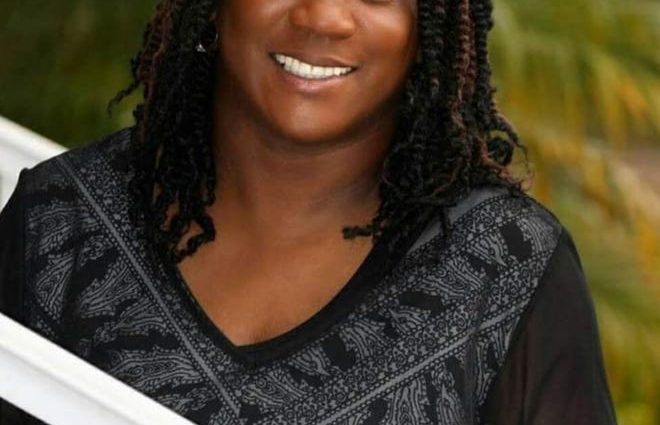 I read, like other Floridians, that the senatorial candidate in South Carolina, raised a stunning record breaking $57 million in the final quarter of fundraising. That’s an insane amount of money to spend on advertising, signs and tee shirts. Money talks apparently. This year, I’ve invited all our Congressional and state office campaigns and media to join me in the trenchers. No one replied to my multiple requests.

Did you know that campaigns can donate excess funds to create Political Action Committees or better yet, nonprofit charities of their choice? I have just the needed cause and with just an investment of 1%, we all can change lives.

I’m going to raise the “pro-life” argument. If we are truly a nation that values all lives —we are letting vulnerable Americans die, fail and be victimized. We are standing still, not seeing their needs.

I want to show you the inside look from the trenchers of human trafficking. We need to break-up this monopoly of a crime on our youngest adult lives. You can’t even touch the problem of human trafficking — without a realization of the problem — the deep-rooted problem including the addiction of opioids. And, this train wreck leads to homelessness.

For me, it’s been my reality for decades. Every hour, I see and hear from victims. Some have been murdered, others have disappeared and, in some manner, each of their lives were stolen. I’ve work in the trenches. Human trafficking and more occurs. Seeing young teenagers stuck in the trenchers—always makes me wonder—how does someone so young carry such a heavy burden? I have seen it all. Money. Deaths. Coverups. Brokers. Lies. Old data. Zero accountability. The list goes on and on.

More:The homeless at Centennial Park are being forced to relocate because of renovations

More:Fence goes up around Centennial Park ahead of planned closure; homeless forced to leave

That hard reality of life for so many. Our fellow, Floridians.

According to the Federal Bureau of Investigation, human trafficking is the fastest-growing form of organized crime and the second-largest criminal enterprise in the world. America and yes, Florida, is leading that money making, drug infested, abduction of young lives forcing them into forced labor, sexual acts and preying on our most vulnerable Floridians and Americans.

Human trafficking impacts men, women, and children; it knows no boundaries of race, ethnicity or sexuality; and it preys upon those most vulnerable among us. This crime also knows no regional or physical boundaries and victims of human trafficking have been identified in all 50 states.

The average age minors are forced into the sex trade is between 12 and 14 years old. Traffickers target vulnerable youth who are more easily lured into trafficking and other forms of child exploitation. Runaways and children in the foster care system are particularly vulnerable to becoming victims of sex trafficking. In fact, a multi-city research study on the prevalence of sex trafficking among homeless youth in the United States revealed that nearly one in five homeless youth were victims of human trafficking.

Yes, around 20% of our homeless population will be lifelong chronic homeless. That lifestyle is their choice and they want to live on the streets.

The lives I’m referring to are trapped in the trenches of homelessness, drug addiction and sex trafficking. They need help getting out of the gripe force squeezed onto their lives. They need behavioral health, therapy, workforce development and less talking points and more actions by us.

Due to the lack of shelters, adequate services, and COVID-19, our local, Centennial Park became a homeless encampment. Addiction and exploitation were constant. People from all walks of life assembled under the pavilion to avoid the elements. Rumors of the closure caused many to wonder, “Where will we go?” They, those vulnerable lives, felt helpless and hopeless. On October 5, 2020, Centennial Park in Downtown Fort Myers was closed to the public for renovations. A Voice in the Wilderness Empowerment Center gave a hand up to those who wanted a change. We were able to help many get into motel rooms.

1% of the campaign money raised and we can build a replicable model to transition lives to a heartbeat of self-sufficiency and security.

I believe action talks louder than money or words. It’s time for action. 1%. Who is with me?

Ramona D. Miller is the visionary and founder of A Voice in the Wilderness Empowerment Center.