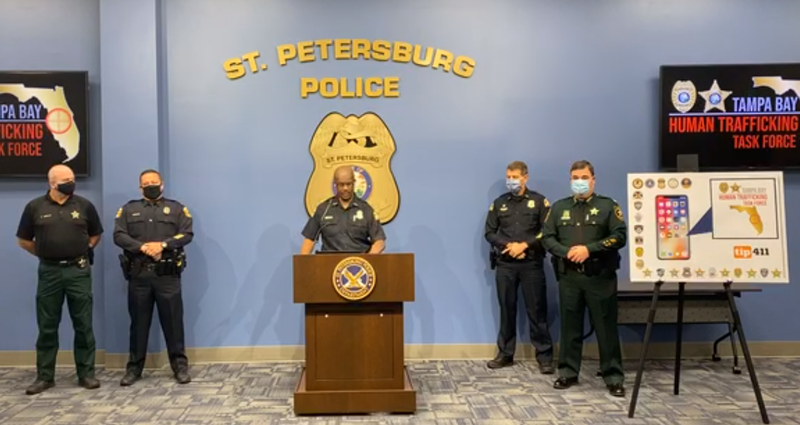 “We want to tell the victims one thing: we are here for you, your voice is being heard. We’re there ready to rescue you if you’re ready to come home to your family,” Holloway said during a Facebook Live press conference.

The app, which bears the same name as the task force, is free to download. Users can submit a subject line, location, description, and photo or video clip.

The app is one result of the task force, which was created in January with a Department of Justice grant totaling $741,556 for three years. Task force plans began taking shape in May 2019, but the federal grant made it official.

“We want to make sure that our victims had a way to contact us. And also that our people that were witnessing some type of human trafficking, whether it’s labor, or sex labor, that now they can get this app and put it on their phone,” Holloway said.

Holloway said since January, the task force has opened 107 new sex trafficking cases. Of those cases, 34 arrests have been made with a potential 79 victims rescued including 10 under the age of 17.

Seven new labor trafficking cases have also been opened, with a potential of 15 victims rescued.

Florida consistently ranks in the top three states for the number of calls made to the National Human Trafficking Hotline. This doesn’t necessarily there are more cases of human trafficking in the state, however.

2020-12-08
Previous Post: Homeless Man Turns On Her & The Crew | Rich Kids Go Homeless | Channel 5
Next Post: With an arena planned in Henrico, what’s next for the Coliseum?