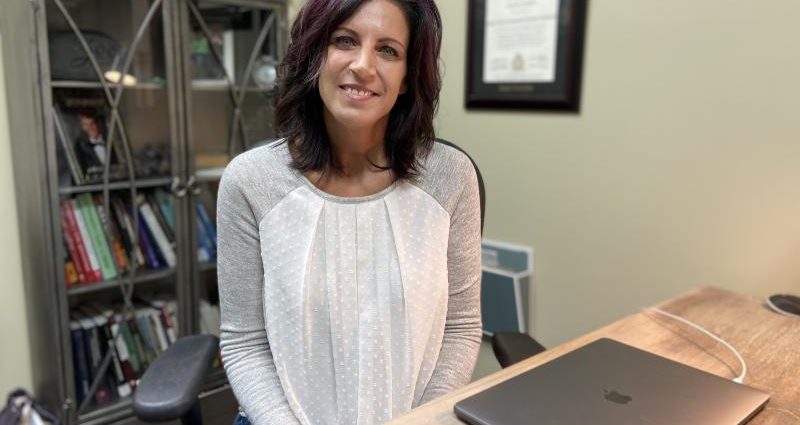 Nearly 10 years ago, registered nurse Yolanda Schlabach said she felt a call from God to start a nonprofit.

“I didn’t know what to start, so I started poking around the state for any voids in programs or services,” she said. “Someone said there was nothing for trafficking in our state, and I had no idea what that was.”

She found no state legislation, no arrests and no prosecutions on the books in Delaware for sex trafficking.

In 2014, the governor signed into law Senate Bill 197 to increase penalties for traffickers and provide greater protections for victims. The first arrest wasn’t until 2016, Schlabach said.

“States around us have much steeper penalties,” she said. “We need to collaborate with surrounding states and get training we lack, and not be too humble to admit and recognize what we’re missing.”

Delaware is still behind the eight ball, she said, with no law enforcement-based task force or statewide training for law enforcement, judges or the Department of Justice.

“There’s a lot of work to do statewide,” she said. “The issue from the beginning has been if we are on the I-95 corridor and we are lacking state coordination, law enforcement training and prosecutions, what message is that sending to perps? That we are a safe haven on the I-95 corridor.”

People think trafficking doesn’t happen in Delaware, Schlabach said; victims are seen as prostitutes or runaways, but they can be from all kinds of families. Boys are trafficked, too, and women can also be perps.

Trafficking in Delaware is largely done through social media and the internet, Schlabach said.

“Perps will watch social media to find the voids in the child’s life, pop in to fill those needs and lure the child into a relationship,” she said. “That’s part of the challenge for law enforcement, because once they say they’re in a relationship, they don’t want to consider them a perp.”

Through gifts and promises, perps get victims to fall in love with them, Schlabach said.

“Then the story changes to ‘There isn’t enough money to pay the rent, so I’ll set you up on a one-time date,’” she said. “That’s when it begins. The victim internalizes the shame and believes she loves him. Through trauma, coercion and psychological manipulation, perps are cunning and smart.”

Schlabach said traffickers use violence, threats, lies and debt bondage to force victims to engage in sex acts against their will. Under federal law, anyone under age 18 who was forced into commercial sex is a sex trafficking victim, she said, regardless of whether or not the trafficker used fraud or coercion.

Human trafficking has surpassed weapons and is now the second-largest criminal enterprise, she said.

Schlabach’s efforts are expanding. In 2019, she received grant funding to hire a volunteer coordinator, administrative assistant, education coordinator and clinical counselor to increase services and programs.

Zoë Ministries also provides clinical counseling, and typically offers programs to educate middle and high school children on how to protect themselves from predators, stay safe on the internet and maintain healthy relationships, but these are currently on hold due to COVID-19 restrictions.

About a month ago, Zoë Ministries closed on a property that will become a residential home, offering physical, emotional and spiritual healing to victims of domestic minor sex trafficking.

The six-bed, long-term treatment facility is in Sussex County, but will serve girls ages 12-17 from all over Delaware who have been trafficked, Schlabach said. Staff will offer education, trauma therapy, case management, and medical and dental treatment individualized for each child.

This will be the first facility of its kind in Delaware, said Schlabach, who hopes to open in August 2021.

“Residential treatment is important because of the complex trauma,” she said. “Foster homes aren’t equipped to handle it, and can also be a place of recruitment. Often the only way these children have learned to relate to men is sexually. They need 24/7 professionals trained in complex trauma.”

Schlabach plans to work with churches and community groups to educate them on red flags and indicators of human trafficking, how to protect communities, and how to respond when trafficking is suspected.

“It’s hard, grueling and frustrating, but there is nothing more rewarding than this work,” she said. “There is so much to do. Every day that goes by, kids are being exploited, tortured and abused. It’s pure evil, and it’s calculated.”

For more information about Zoë Ministries, including donor and volunteer opportunities, call 302-745-1157, go to zoe-delaware.org or visit on Facebook at ZoëMinistriesDe.