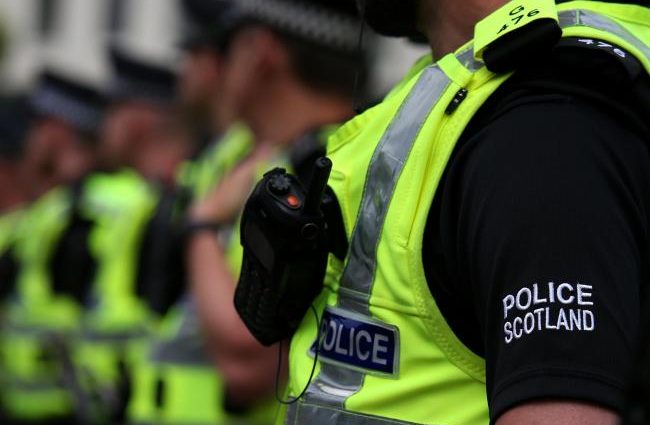 SEX traffickers have forced 84 women into prostitution despite restrictions enforced by Covid-19.

Police Scotland say that trafficking gangs pose a “significant threat” despite the travel restrictions and border closures in place during the pandemic.

Nine of the victims were aged under 18 years, the youngest was 13 and the oldest, 56 years-old.

Police Scotland said the women are being trafficked from within the UK and from across the world, from countries including Romania, Vietnam, China and a number of African nations.

Police said that last saw an “exponential increase” in potential victims of trafficking, particularly from Vietnam, being identified and recorded on the UK National Referral Mechanism (NRM).

Around 104 female victims of trafficking for the purposes of sexual exploitation were identified.

While Police Scotland has reduced in 2020, the proportion of those trafficked to be sexually exploited has increased slightly.

“Not all victims see themselves as victims. They may have made a choice to come to Scotland on a promise of a better life, fallen into the hands of traffickers and then found themselves victims of horrific deception and exploitation.”

Police Scotland warned the loosening of travel restrictions around the globe will see a spike in trafficking.

And it was confirmed there had been no notable drop in men buying sex online from adult websites which are “the most significant enablers of sexual exploitation”.

“Many of those being sexually exploited are advertised on websites including adult services websites.

“Landlords need to consider who is renting their property and how that property is being used.

“Local communities often provide key information to identifying potential victims and through them the traffickers.

“It’s up to all of us to spot the signs, to help those being exploited, to stand against the traffickers and to protect our communities.”

The Trafficking Awareness Raising Alliance has provided support to 73 sex trafficking victims from May to October this year.

Bronagh Andrew, operations manager for TARA, said: “Commercial sexual exploitation including prostitution and trafficking are all forms of male violence against women. Traffickers, and others, profit from this abuse of women – women being sold on, only to exist in poverty, fear, poor health, trauma and isolation. This objectification and commodification of women’s bodies for financial gain is not only a consequence but a cause of female inequality.

“Covid-19 has not stopped the demand from men for sex. The only thing that will is by taking robust action against those who choose to pay for sex and those who profit from the harm while we all continue to strive for gender equality.

2020-11-30
Previous Post: Governments must do more to prevent slavery and exploitation during COVID-19 pandemic – World
Next Post: Angst as homeless told to exit hotels