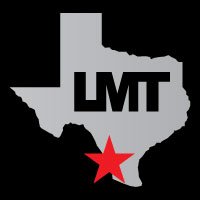 State police in Laredo have arrested two people in connection with a sex trafficking case linked to San Antonio, according to the Texas Department of Public Safety.

The case unfolded at about 7:30 p.m. Oct. 11, when a trooper pulled over a 2012 Subaru sport utility vehicle for a traffic violation on mile marker 24 of Interstate 35. Authorities said the trooper found narcotics inside the vehicle.

The two occupants then admitted to DPS investigators that they were traveling to Laredo to pick up a woman that would later be delivered to a prostitution ring in San Antonio.

Troopers and the DPS criminal investigation division were able to locate and rescue the woman, and take her into protective custody. The driver and passenger were arrested and charged with trafficking of a person for prostitution, engaging in organized criminal activity and possession of a controlled substance. Both were booked into the Webb County Jail.

2020-10-17
Previous Post: Spam texts from FedEx and USPS not linked to sex trafficking
Next Post: Learned about sex trafficking at session | Letters To Editor