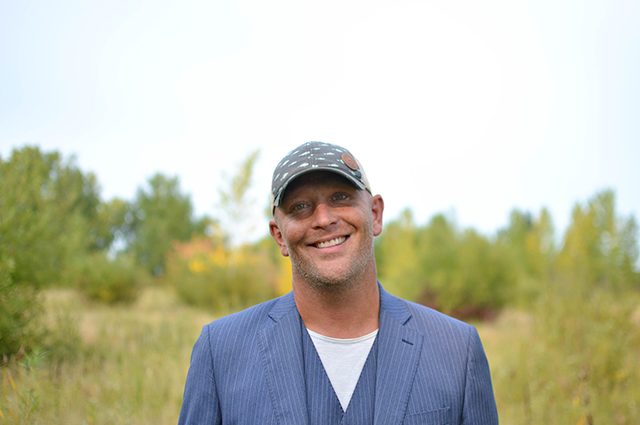 On paper, Minnesota Senate District 4 in the Moorhead and Detroit Lakes area is the kind of place Republicans should run competitive races. Though it’s one of the few regions in Greater Minnesota not currently under GOP control, the underlying numbers for Republicans are promising: voters there picked Donald Trump in 2016 by an 8-point margin.

In fact, the district, represented by DFL Sen. Kent Eken, is one of just three in Greater Minnesota occupied by Democrats that Trump won in 2016. The outcome is also important: Republicans are holding on to a slim 35-32 majority in the state Senate and are facing tough races across the state this fall.

Despite the stakes, however, the SD4 race has been curiously quiet. While political parties and outside interests have poured advertising money into other close swing districts around the state this year, little has been reported so far in SD4.

One reason might be Eken, a longtime lawmaker who’s influential in St. Paul and well known around the district.

But another might be Eken’s opponent: Republican Mark Larson. A stay-at-home parent and entrepreneur, Larson is running a first-time campaign with a conspicuously light footprint — he doesn’t yet have a website — and an atypical focus on combatting bullying among children and what he sees as rampant sex trafficking.

Why Senate District 4 is a competitive seat — in theory

Eken was elected to the state House in 2002, and held that seat until redistricting following the 2010 election. After that, Eken, a conservative Democrat and former high school social studies teacher who lives in Twin Valley, moved to the Senate, winning two terms for the seat representing Senate District 4.

Voters in the district have largely picked Democrats in recent years. Despite Trump’s margin, Eken won his 2016 race by 10 percent, and his 2012 race by 4.5 percent. The area has two DFL members in the House, and voted Democratic in 2018 for every statewide office — including picking U.S. Sens. Tina Smith and Amy Klobuchar, Gov. Tim Walz, Auditor Julie Blaha and Attorney General Keith Ellison.

Several of those races, including the contest for governor, however, were close within the district. With Trump again on the ballot, as well as a heated race in the 7th Congressional District between Republican Michelle Fischbach and U.S. Rep. Collin Peterson, the GOP hopes Republican voters’ enthusiasm is high enough to win local legislative races.

A focus on sex trafficking and bullying

In an interview from his home in Hawley, Larson said he considered a run for Congress this year against Peterson, but landed on the state Senate race instead. A first-time candidate who has been endorsed by the state party, Larson said he’s made a living from a wide range of work, including owning a pizza shop in Florida and running maintenance projects for infrastructure like traffic lights and oil pipelines. Now he’s a full-time parent who day-trades stocks on the side.

The Republican said he’s trying to run a positive and passionate campaign without negative attacks on Eken, and he declined to highlight any votes Eken took that he disagrees with. Larson said he generally supports fewer taxes and less government regulation. A cut to car-tab fees would be on Larson’s legislative wish list, as well as a cut to the property taxes of farmers. He rails against corruption in government and the problems with “big business” in Washington.

But Larson’s top campaign issues are unusual, at least compared to other legislative candidates: combating sex trafficking and bullying in schools.

While reducing human trafficking is often a topic at the Capitol, Larson has made it a focal point — and said it’s a larger issue than the general public realizes.

Yet he has based that idea in part on false information. For instance, Larson said law enforcement recovered 400 girls at the Port of Duluth-Superior during a “ring bust” this spring, which he said led to intel of over 15,000 girls trafficked through the port in the last couple of years. “Most people don’t hear about it unless you really start digging into it,” he said.

Police say that’s not true, however. “The security measures and checks and balances regarding our shipping industry are that of any international checkpoint,” said Duluth police spokeswoman Ingrid Hornibrook. “We are aware of the misconceptions of our port being used for trafficking, but throughout our investigative efforts, we have not seen the evidence to support those claims.”

Larson points to his wife’s advocacy against trafficking as an inspiration, though she has shared false information on social media promoting “Pizzagate” and QAnon, two conspiracies that claim there is a global elite pedophile ring tied in part to Democrats.

Larson denied any knowledge of or connection to QAnon or Pizzagate in follow-up interviews and said he believes authorities who say his story about the Duluth port is false. Larson said his focus is based on a good-faith concern for the welfare of children and vulnerable people.

Some of his information was “hearsay” or from people who he took “at face value,” Larson said. (He did say there is evidence of trafficking among elites, like the crimes committed by Jeffrey Epstein.)

“If I hear something and I relay it, [that] is basically what I was doing,” he said. “I don’t want anybody to ever be harmed or anything like that.”

Few signs of a campaign

With less than three weeks until election day, Larson is in some ways working to get out of the starting blocks. He does not currently have a campaign website, though he said Thursday he had paid for one that is set to launch soon. Larson’s campaign Facebook page has no details about his platform. On Thursday, Larson filed paperwork to form a political committee with the state’s campaign finance board, which is required for a candidate if they raise more than $750.

Larson’s campaign has drawn frustration from the nonpartisan League of Women Voters because he has not participated in videotaped candidate forums to explain his platform despite repeated invitations, said Terry Kalil, president of the Detroit Lakes Area League of Women Voters. While some candidates do skip the League’s interviews, Kalil said voters have privately reached out to ask for more information about Larson’s views.

“In an age and at a time when voters are more engaged than I’ve ever seen and candidates are hamstrung by the pandemic, one would think that candidates would be grasping at every invitation, however few, to get their message out,” Kalil said. “And when we offer them a free platform — I’ve seen unbelievable numbers from YouTube and Facebook on the number of engagements — to miss out on that opportunity makes me question their commitment to serving the people.”

Larson said he missed, or lost, several emails from the League but would have participated in the forums had he known about them. More broadly, he said the pandemic has cut short normal campaigning, and said finding his footing has been a challenge. Larson said he has done what he can to generate campaign energy, including attending several virtual events, as well as in-person events at the Republican office in Moorhead.

Taking on a well-known incumbent

Larson’s political foe is established in the district — and at the Capitol. Eken is the top Democrat on the Senate’s Family Care and Aging Committee and has been one of the more conservative members of the party in St. Paul, repeatedly voting with Republicans to rescind Gov. Tim Walz’s emergency powers during the COVID-19 pandemic.

Eken has also criticized the governor for some of his restrictions on businesses over the last year, particularly in border cities like Moorhead which had to compete with businesses in neighboring Fargo that weren’t regulated in the same way.

Eken is endorsed by the National Rifle Association and holds an “A” rating from that group. As of 2019, he was also tied with Sen. Dan Sparks for the highest lifetime voting rating from the American Conservative Union Foundation of any sitting DFL senator, though Eken did not vote with the ACU position once last year, according to the group’s scorecard.

In an interview in Detroit Lakes, Eken said his priorities include boosting access to affordable child care, reducing property taxes, and continuing his push to create a constitutional amendment to fund the long-term care system. Currently, there is a federal 6.2 percent Social Security tax that applies to roughly a person’s first $130,000 of yearly income. Eken said one possibility to fund his amendment would be to extend a 6.2 percent state tax on wages over that $130,000 a year bar.

As the state expects a budget deficit headed into the 2021 legislative session, Eken said “there will have to be some cuts and there will have to be some revenue.” Still, he said, he is wary of cuts to spending on Health and Human Services. While that makes up a massive chunk of the state’s budget, he said it helps vulnerable people and is an area “that already doesn’t have enough investment.” (The state spends most of its two-year general operating budget on human services and education.)

So far on the campaign trail, Eken has run at least three digital ads and participated in the League forums. Though he admits it’s been a quiet race.

That characterization also applies to outside interests and the parties, which have dumped cash into other competitive state Senate races held by DFLers, including in Senate District 53, which Hillary Clinton won in 2013 by 13 points and Walz won in 2018 by 16 points. Republicans there have a top recruit in Mary Giuliani Stephens, the former Woodbury mayor, who is facing incumbent DFL Sen. Susan Kent. Kent is the Senate Minority Leader, but she won in 2016 by less than one point. Facebook and Google’s advertising libraries show a furious ad war in SD 53 that has raged for months.

Meanwhile, campaign finance reports currently show no independent expenditures for or against Larson in SD4, and only a small amount of money being spent in favor of Eken. Aside from Eken’s ads, Facebook and Google’s advertising libraries show little action.

The Pro Jobs Majority PAC, which is the campaign arm of the Minnesota Chamber of Commerce, has bought a pair of ads — one on Google and one on Facebook — promoting Eken. (The PAC has not actually endorsed Eken, though it has endorsed 39 state Senate candidates, including five Democrats. Anne Yoder, a spokesman for the Chamber, declined to comment, saying the organization does not publicly discuss campaign strategy.)

Peter Balega, a longtime GOPer in Eken’s district who serves as co-chair of the SD4 Republicans, said there are some headwinds for a first-time candidate like Larson. They face a “vast learning process,” Balega said, and noted Eken has been in the district a long time.

He also said the district is attached to Moorhead, which has a DFL streak boosted by three colleges in the area. “It poses an … interesting blend that requires a different approach than one might do in an absolutely purely rural area,” Balega said.

Balega, who is not part of Larson’s campaign, said the district could “eventually” flip, whether it’s this election cycle or the next one, and said first-time candidates should commit to running for three or more cycles to learn the ropes. He also praised Larson for having a “great blend of conservative values that are meshed with concerns about his local region.”

“I think he has a practical way of looking at issues and trying to come up with solutions for the average family that lives in our region,” Balega said.

Still, the GOP can’t blame Moorhead alone for keeping the Senate district blue. Trump led in SD4 largely by running up a huge score in the more conservative and rural half of the district, and other Republicans have so far not managed to do the same.

Larson said he believes the Republican position is “strong to begin with.” But, he said: “If I don’t unseat Kent Eken, I’m still going to go after it the next go around.”

“I know much better what to do for the following time if I need to,” Larson said.