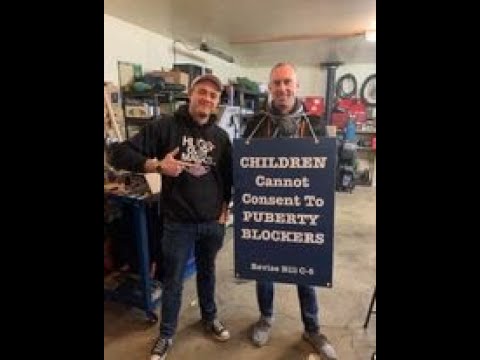 Today I sat down with Billboard Chris, the infamous Thought Criminal behind the I Heart JK Rowling billboard campaign. This man is a real legend and a hero as far as I’m concerned. These idealogues are so terrified of any criticism of their movement that they refuse to discuss biological men being put in woman’s prisons. They actually believe (as you can see at the end) that biological men should be allowed in women’s rape shelters.
This is just more evidence that we live in the upside down.
Support my patreon if you love freedom:
Support the Jack Klassen Radio Network on the gum road at Thoughtcrimes.ca
I love you people. Sorry if this one hurt your feelings.

This friend of Nicola Spurling thinks 10-year-olds are not small children, and they should be able to decide for themselves to take puberty blockers.