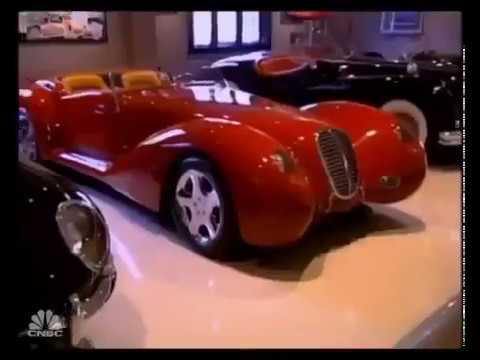 In the upper reaches of American society there is an explosion in personal wealth like never before. There has always been extraordinary affluence in the United States, but today that wealth has soared to staggering heights, creating a new and growing class of Americans dubbed the Super Rich. In 1985, there were only 13 billionaires in the U.S.; today there are more than 1,000. Together with hundreds of thousands of newly minted multi-millionaires, they live virtually untouched by a recession that has a crushing impact on many Americans, indulging a parallel world of luxury where multiple homes, personal staffs and countless possessions grow along with their outsized fortunes. This creation of unprecedented wealth has brought us to a moment in American history that has been described as the “New Gilded Age.”

The documentary examines the soaring levels of affluence in rarefied places in the United States, with unusual access to several extraordinarily wealthy people who allow cameras into their homes and talk openly about the blessings – and burdens – their fortunes bring. Bill Gross, billionaire founder of the investment firm PIMCO, admonishes his wealthy peers, accusing many of them of reckless, indulgent spending and a need to “keep score.”

Nowhere is this wealth being created more quickly, more dramatically and more controversially than on Wall Street, where the advent of the hedge fund has turned even mediocre performers into millionaires and brought star talent even greater riches. Faber interviews 43-year-old Anthony Scaramucci, a hedge fund executive worth over 80 million dollars who, like many of his colleagues, came from modest beginnings and grapples with his newfound wealth, mindful of the way he is seen by others. Glenn Stearns, a 44 year-old CEO who owns several houses around the world, struggles to keep his children grounded and wrestles with deciding how much to leave to them, and how much to give to philanthropy.

Faber also addresses the effects of all of this money on the rest of us, and the downward pressure created by this new wealth on those who aren’t super rich, but merely rich; collectively, they are known as “middleclass millionaires.” Laurel Touby sold her website Mediabistro.com for 23 million dollars in 2007. Left with ten million dollars after taxes, she tells Faber of her surprise in finding that it wasn’t enough to buy the apartment of her dreams or dramatically alter her lifestyle.