The story behind the Ms. Veteran America 2020 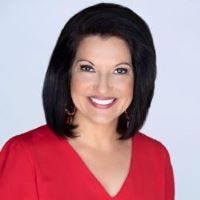 “And the winner is…”

Those are the words the 25 finalists in the Ms. Veteran America Competition had worked so hard over the past year to finally hear. Many of them wondered if all the efforts of fundraising, physical conditioning and speaking engagements had been enough to make them this year’s winner.

But make no mistake, in the hearts and minds of the many people who were watching the “virtual event,” they were already winners.

But what exactly is the Ms. Veteran America competition? To answer that, we have to circle back to a nonprofit organization called Final Salute, Inc. Final Salute was founded in 2010 by Maj. Jaspen “Jas” Boothe, a disabled U.S. Army veteran and cancer survivor who had served for 17 years.

In 2005, just when she was about to deploy to Iraq, she faced two major life-changing events: the loss of her home due to Hurricane Katrina and a cancer diagnosis. It was at that moment she discovered first-hand that assistance from the Department of Veterans Affairs to women veterans – especially those with children – was sorely lacking.

Facing the possibility of homelessness, she left New Orleans and lived with family. Her resilience and wherewithal allowed her to overcome these crises, but she vowed never to leave a fallen comrade behind.

Final Salute’s mission is to provide homeless veteran women with safe and suitable housing and to address the unique needs of women veterans. For just $25 a night, Final Salute can provide a female veteran and her children with safe and comfortable shelter. They have already assisted over 7,000 women and their children in over 30 states and territories.

The Ms. Veteran America competition was launched by Final Salute in 2012 to bring national awareness to the growing social issue of homelessness for women veterans, and to showcase “The woman behind the uniform.”

The competition, held in October, is conducted pageant style, complete with talent, evening gown and interview segments. The veterans I spoke to, including last year’s winner U.S. Air Force Academy graduate Lt. Col. Naviere Walkewicz reject the traditional notions of a “beauty pageant,” preferring to see themselves as advocates for Final Salute and raising public consciousness of the unique issues facing women veterans.

This year’s winner is Mary Ann Hotaling from Alabama. The former Army captain told me it was never about winning the crown; it was about raising awareness and helping to solve the problem of safe housing for homeless women veterans.

The effervescent Hotaling was truly a winner on both counts; she raised enough funds to provide over 1,000 nights of shelter for veteran women and their children.

Hotaling discussed some of the specific issues that women face when transitioning from military to civilian life. Determining the number of women who are actually homeless is a big part of the problem.

The current definition for “homelessness” does not include women with children who resort to “couch surfing” with friends or family. This is far more common for women, because the traditional, male-oriented homeless shelters create obvious additional safety concerns for themselves or their children.

Even if they did go to those traditional shelters, the VA does not provide reimbursements to shelter operators for the additional costs of sheltering minor children of homeless veterans.

Even worse, women are also often reluctant to ask for assistance, because they fear it may result in separation from their kids.

More:Veterans: A Gold Star for mom shows a painful sacrifice

Considering that women can now hold all military job positions, including combat, it stands to reason that they will experience the same difficulties and issues transitioning out of military service that men face. But in addition to these issues, women are also more likely to have experienced sexual trauma during their military career.

The efforts of groups like Final Salute Inc., have made Congress aware of the increased potential for homelessness and suicide for women veterans. Ideally, they will move quickly to pass legislation to give the VA more flexibility in addressing these serious concerns. In fact, HR7105 awaiting passage in the Senate does attempt to deal with these issues.

This Veterans Day, please join me in honoring and celebrating all veterans that have helped keep our great nation safe.

2020-11-01
Previous Post: Nevada football player arrested in FBI sex trafficking sting | Las Vegas Local Breaking News, Headlines
Next Post: Very Hungry ! Janna ask to food from us by hungry, we give food to her by not has Jane steal her