The truth about human trafficking in South Africa 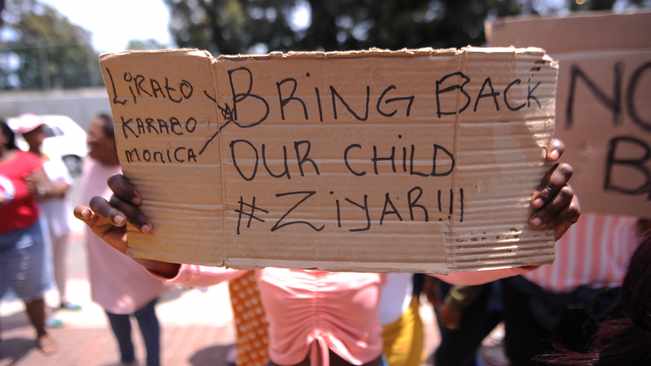 Whereas most crimes are generally reported to the police, trafficking is not, mainly because victims fear retaliation. Thus, exact statistics are not available anywhere in the world.

But trafficking is a reality in South Africa. My research spans a decade, and I see more cases are coming to the fore. This is a good thing, because if you know the enemy and the modus operandi, you won’t be misled easily.

According to police statistics, 2 132 cases were reported to the SAPS from 2015 to 2017. Also, apart from five empirical doctorate studies, the reality is confirmed by an increasing number of trafficking convictions.

The convictions provide significant insights. Victims are seldom kidnapped and taken by force. Traffickers prefer to trick and trap victims by misleading them with false promises of well-paid jobs or educational opportunities. The cases reveal how traffickers exploit their victims.

Aldina dos Santos was sentenced to life imprisonment for transporting Mozambican girls to her Gauteng residence, where they were forced to use drugs and perform sexual services to multiple paying clients.

The court imposed eight life sentences on Loyd Mabuza for holding four Mozambican girls between the ages of 10 and 16 captive as sex slaves for three years in the Sabi district. In S versus Matini, several South African victims, including mentally challenged girls, were sexually exploited in a brothel near Port Elizabeth.

The two female traffickers in S versus Seleso, who forced an orphaned girl into prolonged online sexual exploitation, were each sentenced to 19 life sentences.

In Mpumalanga, a boy of 6 years old was forced into child labour. In the Pinetown area, children were provided at a price in illegal adoption scams: some children were sold for up to R15 000. In KwaZulu-Natal, a mother advertised her baby on Gumtree for R5 000.

Despite the challenges, several milestones are worth celebrating. There is a toll-free 24/7 national human trafficking hotline, the National Freedom Network consists of vetted individuals and more than 70 organisations joining forces to combat trafficking, while counter-trafficking information is available at www.nationalfreedomnetwork.co.za, and successful prosecutions are increasing.

Tips to keep you safe:

Do not believe everything you read on social media. Evaluate and verify the source, time and date.

Have a code you share with your family and friends, to alert them if you are in danger.

There is safety in numbers. Do not walk or jog alone in secluded areas. If a trafficker attempts to grab you, make a scene so other people notice. Alert especially students to employment scams – verify job offers by calling the Trafficking Hotline.

Report any suspicion of trafficking to the police, and also to the Trafficking Hotline.

If you need information or help, call the National Human Trafficking Hotline at 0800 222 777.

Professor Beatri Kruger is a research fellow in the Centre for Human Rights at the University of the Free State.

2020-11-02
Previous Post: Virtual presentation on human trafficking to be held Wednesday | McFarland Thistle
Next Post: Kid of the Year to Be Announced on December 5