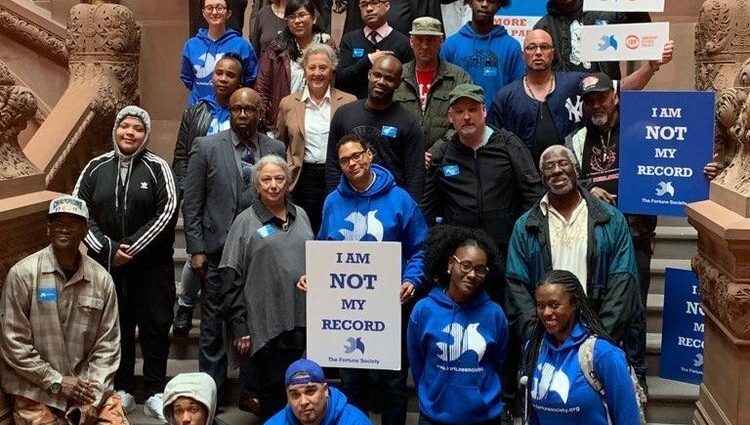 By David Brand and Rachel Vick

Rosario Peña was 17 when the father of her child began drugging her and forcing her into prostitution. The man then passed her on to another pimp, even more violent than the first, before she was finally able to escape 10 years later, in 1986.

During that period, she was arrested several times for sex work and related offenses — nearly all of the convictions eventually erased under New York’s trafficking vacatur law.

But Peña, who has survived sex trafficking, persistent violence and drug use, couldn’t shake the potential consequences of two Queens convictions more than 34 years old.

A Queens judge said the two 1980s convictions for petit larceny and second-degree attempted robbery did not qualify under the vacatur law because she was not being coerced at the time of the theft. Her lingering criminal record exposed her to possible deportation back to the Dominican Republic, the country she left when she was 5.

“It’s a situation where it was threatening my status,” she told the Eagle. “I don’t know another place because I’ve never been outside the US since I was 6 or 7. I have no idea about anywhere else.”

On Dec. 24, Peña received a long-awaited reprieve in the form of clemency from Gov. Andrew Cuomo. She and her attorneys from the Legal Aid Society and the law firm Kasowitz Benson Torres LLP had advocated for clemency since 2013.

An “overwhelming” wave of relief washed over her when she learned of the Christmas Eve clemency, she said.

“I wish I could have the governor right in front of me. I would hug him and tell him how grateful I am because of all the years of hardship I have had to endure,” she said. “This doesn’t erase what I’ve been through, but it puts a little alleviation to what I had to live.”

Her attorneys from the Legal Aid Society, Robin Richardson and Criminal Appeals Bureau Supervising Attorney Ted Hausman, said the pardon will help Peña proceed with her life without the fear of immigration arrest or deportation. “No one is more deserving of relief than she is,” Hausman said.

Peña, 61, now lives in Mount Vernon and said she rarely ventures outside except to attend church and doctor appointments. She has mobility issues, she said, and she continues to undergo counseling and psychiatry services to cope with the physical and sexual abuse she experienced, beginning when she was a little girl.

“I’ve been through the ringer,” she said.

Her pardon was a bit like winning the lottery. Each year, Cuomo confers clemency or commutations to a handful of New Yorkers convicted of crimes. He granted pardons to 20 other individuals on Dec. 24.

“In New York, we believe the law should be just, as well as compassionate,” Cuomo said. “Those receiving pardons have, for years, demonstrated they are strong functioning members of their community and deserving of a clean slate that will allow them to escape the stigma of a long-ago conviction.”

Over the past few years, the state has put in place measures seemingly intended to boost the number of New Yorkers granted clemency or commutations. Cuomo launched an initiative to pair clemency applicants with pro bono attorneys in 2015 and began pardoning more people whose low-level convictions jeopardized their residency status after President Donald Trump commenced his federal immigration crackdown.

Despite those initiatives, Cuomo’s 31 commutations — including seven on Dec. 24 —continue to trail long-time governors in other states. The governor’s office has pointed to the early release of hundreds of people who were serving the final 90 days of their sentences during the COVID crisis.

Justice reform organizers and advocates for the rights of the incarcerated have called on Cuomo to pardon more than the tiny fraction of New Yorkers who have applied — particularly as COVID surges behind bars.

“Let them go. Our loved ones are dying,” said Queens resident Nawanna Tucker, a community leader with the Release Aging People in Prison Campaign. “All Gov. Cuomo has to do is use his pen. He came to us with a new program for clemency. But he has done nothing.”