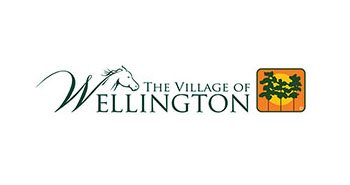 Messam-Gordon said the services are provided at five county offices.

“We have advocates throughout the county available to provide support,” she said.

The department operates Butterfly House, a specialized site for forensic sexual assault examinations adjacent to Wellington Regional Medical Center. It is available at any time in response to a call.

“It is a warm facility, and it is better than having to go to the hospital,” Messam-Gordon explained. “There’s a room for the victim to have some comfort there. They can have the examination by the forensic nurse, then get a shower and get a change of clothing.”

Victims or the police call 211, where calls are answered and provided with an immediate handoff to the helpline, or victims may call direct at (561) 833-RAPE (7273).

“The service is available every day, 24/7,” Messam-Gordon said. “We encourage victims to get a forensic sexual examination [if they are the victim of sexual assault], and then they have up to four years to decide if they want to proceed with a legal case.”

With January being Human Trafficking Prevention Month, Maurice Smith of the Human Trafficking Task Force explained that his team supports a comprehensive response to the complex needs of human trafficking victims in Palm Beach County. It also increases identification of victims and provides referral services.

“Human trafficking is right in front of you,” he said. “You just have to know what to look for.”

Describing it as the use of force, fraud or coercion to obtain some type of labor or commercial sex through the use of violence, manipulation or false promises of well-paying jobs or romantic relationships, Smith said it is all to lure victims into trafficking situations.

Smith noted that between July and December 2020, there were 55 verified cases of human trafficking in Palm Beach County.

• Village staff has been making the rounds of advisory committees seeking input on the draft of its new golf cart ordinance that plans to make operation of golf carts legal on village-owned pathways. Assistant Planning, Zoning & Building Director Michael O’Dell visited the meeting to present the draft ordinance, answer questions and collect input.

Currently, state law makes it legal to use golf carts only on local streets that have a posted speed limit of less than 25 mph, within HOAs, on a golf course or private property. The new ordinance recommends a maximum speed of 15 mph on pathways, requires drivers to be licensed and at least 16 years old.

O’Dell said that the ordinance provides occupancy limitations, requires a Wellington registration sticker, safety equipment and the signature of the golf cart’s owner to acknowledge that the owner understands the rules.

Older village pathways are eight feet wide, while the new pathways are 12 feet wide, with some of the eight-footers now being expanded to the 12-foot size. “We are using grants where [the village] can, but ultimately, some money from the general fund will be used to widen the pathways,” O’Dell said.

With only a few questions, there was consensus among the committee that the age for operating golf carts should be no less than 16.

Committee Member Jacqueline Hutman suggested that golf carts have a driver’s side mirror and that the rules include a reminder not to text and drive or consume alcohol before or during operation. O’Dell noted all the recommendations.

• Wellington Director of Emergency Management & Public Safety Nicole Coates reported that the number of cases of COVID-19 reported over the past week showed a slight decrease. “It looks like there has been a peak in Florida around Jan. 2 with slight decreases since then,” Coates said.

• The PBSO’s Harold Harper reported that recent crime statistics showed a slight decrease just due to the fact that people have been home more often. “The criminal element had been between 9 a.m. and 5 p.m. when people were away at work, and now that they’re working at home, it has diminished the crime element somewhat,” he said.

• The Public Safety Committee plans to host another essay contest this year with local schools. Logistics are still being worked out. Last year, there were 45 participants.