Vodianova to RT: Police detained mother after sister was kicked out of cafe 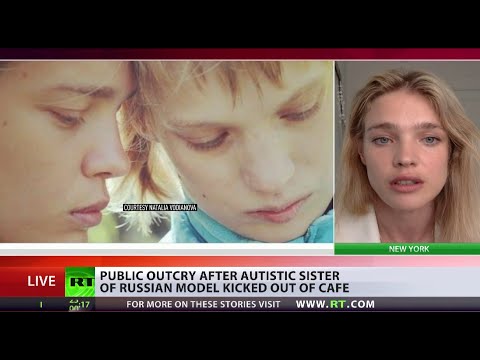 A public outcry has been raised after Russian supermodel Natalia Vodianova’s autistic younger sister was kicked out of a cafe in Nizhny Novgorod. The manager, who ordered her out to avoid “scaring off customers,” now faces criminal charges. Natalia Vodianova spoke to RT on the matter. FULL STORY: