What’s being done about it in Lafayette? 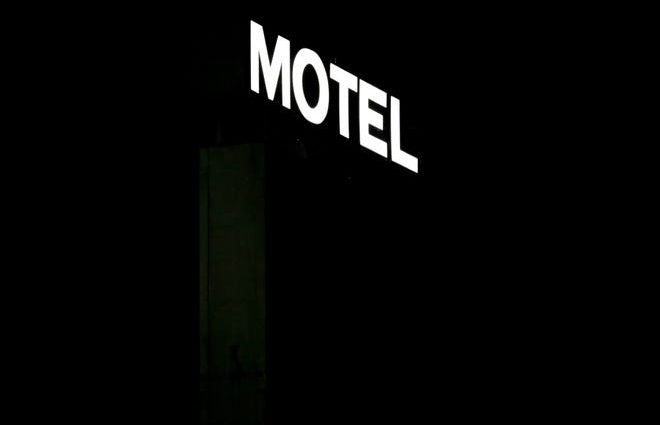 LAFAYETTE, Ind. — A girl sitting alone in car outside of a hotel might be an innocent case of a teen waiting on mom and dad to check in. It also might be a sign of human trafficking.

“One of the biggest things we look for in law enforcement is people in hotels that are just sitting there, not engaged in any activity — kind of a waiting situation,” Lafayette police Sgt. Dan Long said. “It doesn’t necessarily mean anything’s going on.”

It doesn’t mean there’s not something going on, either. It is an opportunity for officers to stop and ask if everything’s OK.

On Oct. 13, a girl sitting alone in a car was a victim of human trafficking whom Lafayette police rescued. Her accused pimp, James Williams, 33, of Decatur, Illinois, remains incarcerated on charges of child sex trafficking and promoting prostitution.

Williams declined the Journal & Courier’s request for an interview.

Long and Tippecanoe County Prosecutor Patrick Harrington spoke to the Journal & Courier about human trafficking, but not about Williams’ case.

“That’s just good proactive community policing that officers are doing at the hotels on a nightly basis,” Long said of stopping to ask a child in a car if they are OK.

Between 100,000 and 300,000 children in the United States are victims of human sex trafficking each year, according to Indiana Protection for Abused and Trafficked Humans Task Force. Eighty-three percent of those victims are U.S. citizens.

It’s not quite known how prevalent human sex trafficking, human labor trafficking and human trafficking for the illegal drug trade is in Indiana and in Lafayette.

“If we think this doesn’t happen here, we’re fooling ourselves,” Tippecanoe County Sheriff Bob Goldsmith said, noting they don’t have a special team to focus on just child sex crimes.

Police or prosecutors are not proactively hosting seminars or classes for hotel employees, restaurant workers or local merchants — workers most likely to come into contact with human trafficking victims, Long and Harrington said.

“This model that Lafayette Police Department has adopted is far more efficient,” Harrington said of the proactive seminar versus face-to-face interaction. “It creates the one-on-one communication, cooperation and relationships that are needed to combat this type of traffic.”

Proactive seminars for the service industries are not successful because employee turnover at hotels, for example, is so high, when they did those seminars, the employees moved on to other jobs in a few months, Harrington and Long said.

Lafayette police officers, instead, are trained on how to spot potential human sex trafficking, and they make nightly stops in at local hotels to get to know the employees.

“(Officers) have great relationships with the clerks, the employees that work there. From the top of the hotel to the bottom,” Long said.

“They are aware it’s a problem.” Long said. “They do not want it in their hotels, and they bend over backwards when we do proactive investigations into human trafficking.”

Human trafficking can be underage girls or boys prostituted in the illegal commercial sex industry.

Sometimes victims of human trafficking are laborers who are saddled with a debt that they can never work off, Eager said.

The Lafayette area has seen its share of these cases, too, Harrington said, but the law makes it more difficult to prove. Worse yet, the victims often are moved before police can intervene, Harrington said.

In these cases of human trafficking, people are illegally brought to the U.S. to work seven days a week as unskilled laborers, Harrington said.

“They bring people in from out of the country illegally, and they pay them $1,200 a month or $2,000 a month, and they make them work every day, 12 hours,” Harrington said. “That person doesn’t feel like they’re being forced because they’re making in one month what they may make in their home country in a year.

“They’re used to working in their home country a lot more hours than we here call an average work week,” Harrington said.

In other cases, the victim has ferried drugs for dealers, Eager said.

Control and abuse of the victims

The handlers of these victims move them around a lot so they don’t get to know where they are or have friends, Eager said.

“They are so brainwashed, emotionally controlled,” Harrington said. “The only person they know to trust is their pimp.

“They’re so beaten down — physically, emotionally,” Harrington said. “They control every aspect of these victims’ lives. They’re afraid.”

“They are also conditioned to protect that pimp,” said Long, who has investigated dozens of these cases in the last 10 years.

How to spot and report human trafficking

The optics of labor traffic and sex traffickers are very different, Long said.

“You see 10 people being picked up on some type of schedule at one time and being loaded into a 15-passenger van and come back 12 hours later,” Long said of how to spot human labor traffickers.

Unfortunately for police and the victims, if someone snoops around, the apartment often is vacated and the people are sent somewhere else in the country, Harrington said.

Harrington said that pimps typically are close by if their victim is working.

Signs might be the young girl or boy sitting in a car outside of a hotel or unrelated girls living in one house. Police are on the lookout for these signs.

But sometimes, the victim — if he or she is bold enough — has the keys to their own cages.

Harrington said: “They can reach out to a clerk at a store; they can ask someone in an aisle. ‘I need help. Call 911.’”

If rescuing the victim is an emergency and requires immediate action, call 911, Harrington and Long said.

But rescues such as these are rare.

“A lot of times they don’t know they need rescued,” Long said. “They don’t know how bad it is because they’re in the middle of it.”

If they can rescue a person from human trafficking, they’re taken to a safe place and counseling begins to help the person cope with the abuse, Harrington said.

Sometimes, the victim runs away from that safe place and returns to the pimp, he said.

Help and safety are available for victim

Children plucked from human trafficking are protected by the Department of Child Services, Harrington said. They’re put into a safe environment and shielded from those who might harm them.

For victims 18 or older, the Lafayette YWCA with its success in shielding domestic violence victims can help trafficking victims.

“Our services are open to victims of human trafficking,” said Leah Giorgini, Lafayette YWCA’s chief program officer. She said the organization has shelter, health and counseling services available to those who need it.

“We’re here for them and can get them to safety,” Giorgini said. “I don’t think many people think of us as a human trafficking service, but we are.

“We do see it,” she said. “It’s only about a few a year that say they’ve been trafficked, and often we see them because they’ve been sex trafficked.”

With counseling and help, it’s possible to overcome the abuse of human trafficking, although admittedly, that’s rare, Long said.

“One of the victims was in pretty rough condition during the investigation,” Long said recalling an investigation from several years ago. “Then months passed and when the case went to trial, she showed up to testify. And I didn’t recognize her.

“She looked fantastic, clear minded, clean and walked in there, sat down and gave the most coherent story of what occurred.”

Giorgini has witnessed victims recover, too.

“One person came to us and had nearly been killed,” Giorgini said, noting the person is now safe and healthy. “People have survived and moved forward.”

However, when a victim is abused and controlled by fear and addiction, the road to recovery isn’t always successful.

The stats aren’t promising, according to the Indiana Protection for Abused and Trafficked Humans Task Force.

One in six runaways are sex trafficking victims, and for those abused in this trafficking, the average age of death is 34. Homicide is the highest cause of death of these victims.

The sex trade is in demand across the country, and Lafayette is no exception.

“There’s not a perfect solution to ending the problem,” Long said. “That’s because we’re on I-65 between Chicago and Indianapolis on a corridor that runs all ways, down to Cincinnati, from one end of the country to the other.

“As proactive as our officers can be, we’re still going to have things like this pop up from time to time at our hotels.

“Our focus has always been to rescue victims of human trafficking,” Long said. “You’re helping people who are 100 percent genuine victims. There’s nothing that they have done that has lead them to the position they are in right now.”

WHAT YOU CAN DO: Anyone who believes they’ve witnessed victims of human trafficking should report it to the national hotline at 888-373-7888 or text “Help” to BeFree, which is 233733.