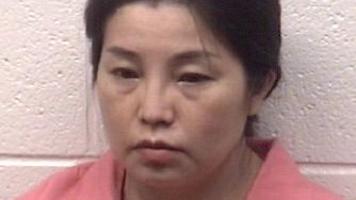 A woman linked to an Elkton Road spa is facing sex trafficking and prostitution charges after a two-month Maryland State Police investigation that involved interviews with clients, surveillance operations and a raid in which detectives found a naked male customer in a “massage room” with a “scantily clad” female employee, according to court records.

Investigators identified the suspect as Bifang Zhong, 44, of Brooklyn, N.Y.

MSP Tfc. John Wildman, a detective with the agency’s Special Investigation Section, started his investigation into Spa Aromatherapy at 1657 Elkton Road in early October because of suspicions that the business was “functioning as a prostitution enterprise,” court records allege. The spa is located just over the state line in Maryland, next to the Wawa.

Between the second and third week of October, Wildman interviewed a man whom investigators had identified as a Spa Aromatherapy, court records show.

The man told the investigator that a female employee manually gratified him inside the spa and that he paid $60 for that service, along with a $40 tip, police reported.

During the course of the investigation, police investigators identified a black Toyota minivan with a New York license plate that appeared to transport spa workers to and from the establishment, according to charging documents.

The van traveled from Brooklyn, N.Y. to the spa on a 10-day rotation, investigators said.

“Tfc. Wildman believes that this currency is proceeds of sex trafficking and prostitution at the Spa Aromatherapy,” according to charging documents.

Police then raided the spa.

“Tfc. Wildman, posing as a potential client, rung the exterior doorbell of the establishment and was greeted by a scantily clad female Spa Aromatherapy,” court records show.

After that female employee unlocked the door and allowed Wildman to come into the spa, additional state troopers also entered the establishment and announced that they were serving a search warrant, police reported.

“As troopers tactically cleared the building, a locked interior door to a ‘massage room’ was breached, revealing a completely naked man with a condom hanging from his penis and a scantily clad Spa Aromatherapy employee,” court records allege.

Wildman observed $120 lying on a table adjacent to the massage table in that room, police reported.

While searching Spa Aromatherapy, investigators found condoms, additional money and electronic devices, in addition to “a system of video cameras that enable remote viewing of the establishment” and a “box of envelopes matching those seized from the New York van,” according to charging documents.