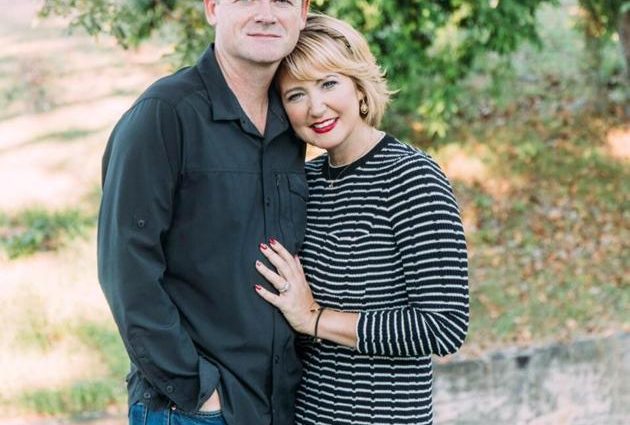 The co-founder of an international organization that helps restore other human trafficking survivors and the co-creator of a tool used to educate global leaders on how to fight it, Jessen will now offer her expertise as a member of the U.S. Advisory Council on Human Trafficking.

The council, established in May 2015, provides a formal platform for trafficking survivors to advise and make recommendations on federal anti-trafficking policies to the president’s Interagency Task Force to Monitor and Combat Trafficking in Persons. Each member is a survivor of human trafficking, and together they represent a diverse range of backgrounds and experiences. Members are appointed by the president for two-year terms.

In a news release issued this week, President Donald Trump announced his intent to appoint Jessen to the council, alongside fellow appointees Kwami P. Adoboe-Herrera of Ohio, and Katherine McGibbon of Texas. They are expected to be appointed in early January.

“I’m extremely honored to be a part of this task force, but also challenged,” Jessen said. “It’s intriguing, humbling, exciting and terrifying. I will be able to take a stand for what matters and have important conversations about what matters to other survivors.”

As a child growing up in southern Missouri, Jessen had an unstable home life. Her father was an alcoholic, so, in times of crisis at home, Jessen was sent to stay with her grandparents, who lived three hours away.

“My parents genuinely believed they were doing the right thing by taking me out of that environment,” she said.

Jessen was only 4 when her grandfather sold her for the first time to another man for sex.

“A lot of people are unaware that the vast majority of trafficking happens through a trusted relationship, usually familial,” Jessen said. “… So, often those suffering exploitation are living at home; you’ll see them while you’re at the grocery store, and they’re living what appears to be a normal existence.”

For years she was sold in secrecy by her grandfather, until she had “an awakening” at 17 years old. The day after a failed suicide attempt, Jessen found out she was pregnant.

“That was my crisis point. Suddenly I had a baby to protect,” Jessen said.

She reached out to a private counselor who intervened. With the counselor’s help, Jessen revealed the abuse to her parents and confronted her grandfather. Once the secret was out, he no longer had access to her the same way, and Jessen was free to choose not to associate with him.

Jessen said her counselor not only helped give her physical freedom but also gave her a voice.

“I finally understood that the shame … was not my identity, nor was it mine to carry,” she said.

When she was 6 months pregnant, Jessen attended university on a scholarship and gave birth to her son around Christmastime her freshman year.

She “had a lot of ups and downs” and left university after her sophomore year. She met and married her husband, KJ Jessen, who adopted her son, and they welcomed two more children through the years. Jennisue became a midwife.

In 2010, the couple traveled to Thailand with e3 Partners, a Christian organization that establishes churches globally. There, they witnessed human trafficking daily, and in response, founded Compass 31, which provides trafficking survivors resources to reestablish themselves.

“I felt God calling me and I wrestled with that. I questioned if God would rescue me from exploitation and then ask me to go right back into it,” Jessen said.

The Jessens were in Thailand just six months before she heeded the call.

Compass 31, based in Colorado Springs, provides educational opportunities through scholarships, and provides medical care and counseling to survivors through a network of health care providers. The program supports people through university and safe job placement.

“We don’t look at people as victims, but, instead, equip and empower them,” she said.

To date, tens of thousands of people globally have heard its message, according to the Compass 31 website.

Jessen said her faith has pulled her through her darkest times.

“It’s one thing to find physical freedom — and that is important and it’s significant — but there are still nightmares. There’s still trauma involved,” she said. “I believed I needed a savior at age 14, but that was during my exploitation. I wrestled with that: ‘Could God be a man?’ and ‘Could he be good?’”

When she was challenged to memorize the book of Ephesians, Ephesians 1:4 stood out to her.

“‘Even before he made the world, God loved us and chose us in Christ to be holy and without fault in his eyes.’ That really caught me off-guard. From eternity past, he looked forward,” she said. “… For a long time, I was angry. I thought if God was good, he would let me die. … But I was able to see that all that trauma — he cared deeply, and he intended to use it so other survivors could be equipped to lead others to freedom.

“My faith is central, strategic and important to me. I understand that is not the case for everyone, and I love them all. Being a friend, loving someone, is not based on their faith.”

“If you see someone and something doesn’t seem right, figure out how to ask that person if they’re OK. … Notice them, smile, make eye contact, be a safe person and ask the difficult question,” she said. “Then, you’ve done something about it.”

To those in the clutches of human trafficking, Jessen said, “Fight on. You’ve made it this far. I don’t know what plan lies ahead for you, but know that you are strategically equipped to help others.”